Arizona’s Bioscience Roadmap has been the guide for our community as it has grown to become one of the top emerging bioscience states.

Arizona has made significant progress in every area except one – access to early stage capital.

Early stage capital is essential to get these companies to the point where they can attract the venture capital investments they need to grow.

From 2016-2019, over $31 Billion was invested into life science companies in the ten states that are home to between 5 and 8 million people. Only 1% was invested in Arizona companies.

The concept of AZAdvances was developed by Arizona leaders specifically to fill this gap in a way that is both strategic and sustainable.

Support for AZAdvances is provided by OTEF thanks to community donations and the Arizona Bioindustry Association (AZBio).

Percentage of venture capital invested in each state’s life science companies from 2016 – 2019. 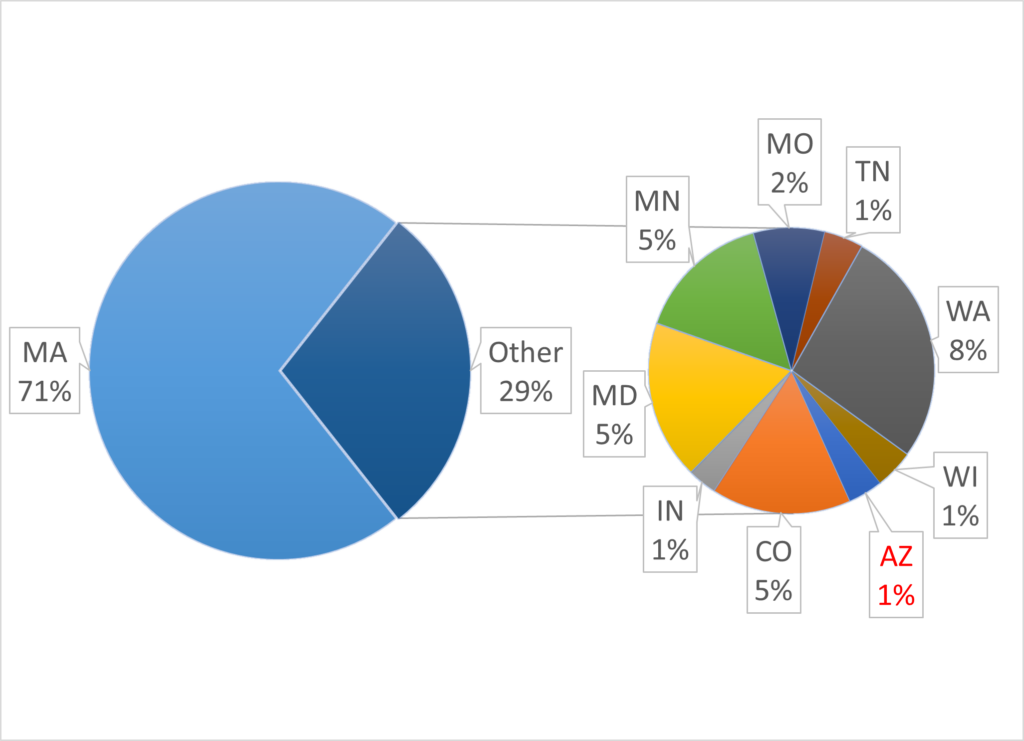 AZAdvances leverages the experience and expertise of leading organizations, decades of data, and a 3-year best practices study. AZAdvances is being developed by OTEF and  AZBio with support from a grant from the  U.S. Economic Development Administration, an agency in the United States Department of Commerce.

The mission of AZAdvances is to support the creation and commercialization of Arizona-based health innovations.

AZAdvances is a division of the Opportunity Through Entrepreneurship Foundation (OTEF).  An Arizona-based 501c3 public charity, OTEF was established in 2005 and provides entrepreneurial education, mentoring and support to individuals and organizations based in Arizona.

Donations and other funding received for AZAdvances are maintained as separate accounts within OTEF.

AZAdvances is designed so that it can to make an impact today and for generations to come.

AZAdvances’ structure and strategy are based on a 3-year best practices study of innovation ecosystems in the United States and around the world.